In the temple of technical analysis, there is certainly no shortage of trading techniques designed to help you succeed in your trading career. Whilst some of these techniques are relatively recent developments, others have been around for decades.

Richard Wyckoff was an American stock market investor born in the late 1800s who took an innovative approach to technical analysis and created a trading technique that has remained in use until the present day.

The Wyckoff method looks to help technical analysts identify optimal entry points and the most effective risk management practices by predicting market trends and capitalizing on the moves of larger institutional investors.

Although this post will exclusively focus on the stock market, Wyckoff’s strategy can be equally applied to any market where large institutions can freely trade assets. This includes forex, commodities, and cryptocurrencies.

NOTE: You can get your free Wychoff trading method PDF guide below.

Wyckoff’s theory was simply that every cause in the market would lead to an equal and proportionate effect. This theory is based on three laws, the most prominent of which is the law of cause and effect. This universal law dictates that every action in the universe will invariably produce a reaction.

The second law that forms the basis of Wyckoff’s theory is the law of supply and demand. This law is central to Wyckoff’s method of trading and investing.

The final law of Wyckoff’s theory is the law of effort versus result. Wyckoff explained that in any particular trading day, week, or month, high volume trading (effort) should lead to significant price movements (result).

To help traders understand the price movements of individual stocks, Wyckoff developed a heuristic device he titled “the composite man”.

In his writings, Wyckoff noted that “all the fluctuations in the market and various stocks should be studied as if they were the result of one man’s operations. Let us call him the Composite Man, who, in theory, sits behind the scenes and manipulates the stocks to your disadvantage if you do not understand the game as he plays it; and to your great profit if you do understand it.”

NOTE: You can get the best free charts and broker for these strategies here.

A Wyckoff pattern has four key features. These are:

To successfully trade a Wyckoff pattern, you must first correctly predict the direction in which the market will move next. Since most stocks generally move in the same direction as the market, predicting a trend will be vital in applying Wyckoff’s methodology.

Once a trend has been identified, you can apply a horizontal chart method to estimate the length of the upcoming trend and set targets for when you believe a reversal will occur. After you have these price projections, you will be able to set profit-taking targets with healthy risk/reward ratios.

What is the Wyckoff Trading Method?

Wyckoff’s theory breaks down the identification of stocks and entry points into a basic 5 step approach. If you wanted to apply Wyckoff’s theory to your trading, you must adhere to the following 5 steps.

You should identify if the market is consolidating or trending. Use your technical analysis techniques to determine the most likely direction you believe the market will move in soon.

#2: Identify Securities That are Aligned With This Projected Trend

#3: Identify Securities With a “Cause” That Equals or Exceeds Your Minimum Objectives

This is an especially critical component of Wyckoff’s method, and it requires you to identify price targets using Point & Figure (P&F) projections for both long and short trades.

In Wyckoff’s fundamental law of “Cause and Effect,” the horizontal P&F count within a trading range represents the cause, while the following price movement represents the effect. If you intend to take long positions, purchase stocks currently under accumulation, and have developed enough cause to meet your objective.

#4: Determine the Securities’ Readiness to Move

Use technical analysis indicators to help you determine whether a stock is ready to make a move.

#5: Time Your Move With a Turn in the Stock Market Index

The bulk of individual stocks move in harmony with the general market. You can therefore improve your odds of a successful trade by having the power of the overall market behind it.

The accumulation phase is a sideways trading and range-bound period observed after a stock has endured a significant downtrend.

During the accumulation phase, institutional investors typically attempt to grow their positions and frighten retail traders out of their positions without causing a further drop in price or starting a new trend. They aim to maintain this phase until they have accumulated enough shares to reach their targets. This is why we refer to this as an “accumulation pattern”.

Wyckoff explains that the accumulation phase has six important parts. We will explore these in more depth below.

The first part is known as preliminary support. This is where significant buying volume can be observed and will begin to provide pronounced support after a prolonged downtrend. As the volume increases, the price spread will widen. This indicates that the downtrend is likely to be nearing its end.

The second part of this phase is known as the selling climax. This is when the widening spread and selling volume typically reaches its apex, and significant selling volume by retail traders begins to be absorbed by institutional investors at discounted prices.

Thirdly, we have the automatic rally. This rally occurs due to the lowering levels of selling volume. As a result of the lessened selling volume, a wave of buying volume effortlessly increases the price. The high of this rally will help define the upper boundary of the accumulation pattern.

Once the automatic rally has concluded, the second test begins. During this period, the price revisits its lowest levels to test the balance between supply and demand. If a bottom is confirmed, the volume and price spread should be significantly lessened as the market approaches its support lines.

After the second test has concluded, “the test”, also known as “the spring”, will begin. Institutional investors always test the market for supply at key points during a price advance.

If considerable supply emerges on a test, it is likely that the market is not ready for a mark-up. One or more tests often follow a spring. A successful test indicates that further price increases will follow and usually produces a higher low on lower volume.

Finally, we have the signs of strength, last point of support, and the “back-up”. These three patterns represent a clear shift in price action and are the points at which the price will begin to reclaim previously established micro-structural pivot points. Let’s examine these individually.

A sign of strength (SOS) is an advance in price with an increased spread and comparatively higher volume. These typically occur after a spring.

The last point of support (LPS) is the lowest pullback point after a sign of strength. It will usually fall to support that was former resistance on a smaller spread and lower volume. Some charts may indicate multiple LPS’s, despite the singular nature of its name.

Lastly is the “back-up”. Robert Evans developed this metaphor in the mid-1900s to refer to times after a sign of strength where the price would “back up”. This “back-up” represented short-term profit-taking and acted as a test for additional supply around the area of resistance.

As technology has developed, so too has the software that is available to traders. There exist several indicators that can assist you in implementing Wyckoff’s trading methodology into your own trading. These indicators are widely available and are usually free of charge. They can be easily accessed through online charting platforms such as TradingView. Some of these indicators can be found at the link here.

​​Wyckoff’s creative approach to trading in the early 20th century was mainly focused on the premise that stock price trends were largely driven by institutional investors who were able to manipulate stock prices in their favor.

Whilst many professional traders employ Wyckoff’s techniques, his methodology has still not been widely adopted among retail traders. This is ironic, considering he intended to educate the general public about how he believed the financial markets operated.

Regardless of this, Wyckoff’s stock selection techniques and investment methodology has stood the test of time.

The focus that this approach requires will allow you to make informed trading decisions that are unaffected by emotion. Using Wyckoff’s method, you can invest in stocks by taking advantage of large institutional investors rather than being caught on the wrong side of a trade.

Dylan is both a trained lawyer and an experienced financial content writer from the United Kingdom . He specializes in writing about the US markets and has developed a keen interest in cryptocurrencies and decentralized finance. 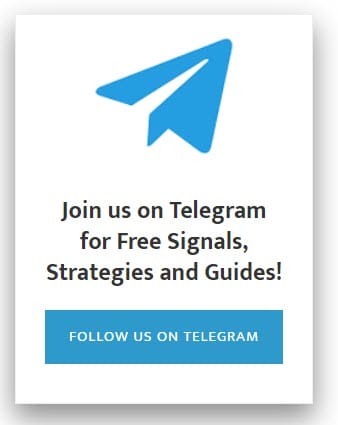 Get Your Free PDF

Enter your name and email below to get your free PDF.